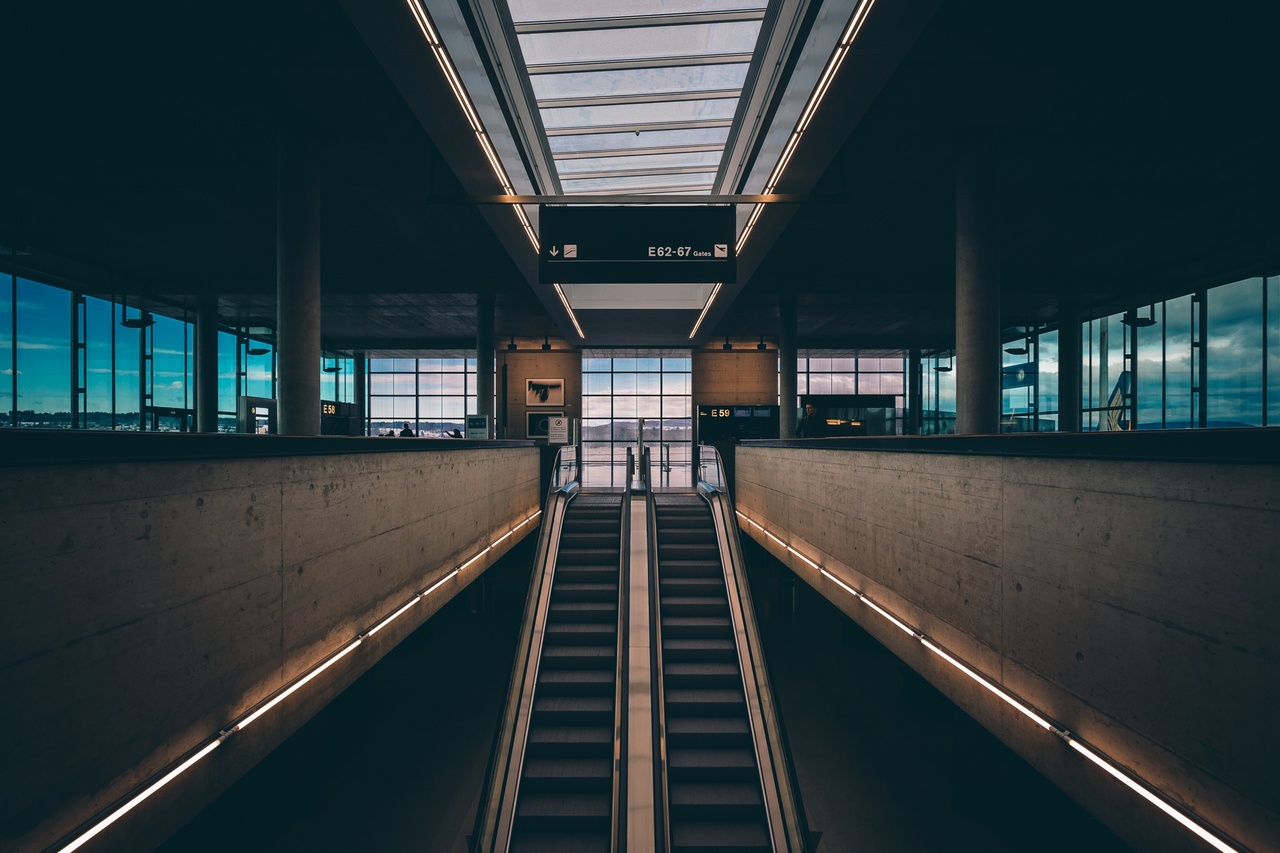 Thriving in the Transformational Era

The rise of the transformation age

As I discussed in my TEDx talk, we've seen the end of the information age and the rise of the transformation age. I mark the beginning of the transformation age at 2007, a year that saw the confluence of the first next generation smartphone (iPhone) and the concomitant rise of high speed data networks to support them. While the date is ultimately unimportant, what is important is the arrival of systems that support rapid reconfiguration of every aspect of human life, from our work structures to our family lives to our political processes.

To trans-form means "to change the shape of" (of what? … everything). Because a significant portion of the entire human family is now interconnected in real-time, the transformational era can take an opinion in Shanghai and within weeks it could dramatically influence purchasing behavior for certain products in Reno. Our collective attitudes, behavior, energy, and spending now constitute a complex, global and fundamentally chaotic school of fish. Or perhaps more apt, a flock of Taleb’s black swans.

This gives rise to extraordinary opportunities, as successful enterprises can be built faster than ever before. But it’s also a time of extraordinary creative destruction, a la Schumpeter, as yesterday’s franchise power may be displaced by tomorrow’s upstart. Even deep asset-rich verticals are not immune–think about being a hotel chain, and then AirBNB comes along and turns every spare bedroom in the world into a substitute for your product. This can happen now unlike any time in the past because billions of people can access digital services vis a vis a high speed, access-anywhere data network over a very powerful 4” pocket device. In philosophical terms, the human “noosphere” is now completely open to get hacked. This genuinely changes everything.

It also alludes to the single largest challenge humanity will face in the 21st century: how do we keep 9 billion people engaged in a life-affirming way?

The phenomena known as “technological unemployment,” where people and their jobs are displaced by computers and other technologies, is only going to get more pronounced over the coming decades. Indeed the very promise of technology, and the very reason that appetite for technology is so high to begin with, is chiefly that it generates significantly positive ROI or life enhancement through cost, time and energy savings on preexisting tasks. Tautologically: technology is that which eliminates the need for work.

We have 7 billion people on the planet today and are heading to 9 billion by 2050. Jim Clifton tells us in The Coming Jobs War that there are a little over a billion “good jobs” today and yet we need 3 billion even today to keep the world gainfully active (notice I don’t say economically productive, per se, for reasons I get into below). And yet: on one hand the "need" for jobs is going to get larger with population growth and on the other we’re going to shrink our relative job base through increasing technological enhancement (I’m guessing shrinking in some sectors will be nonlinear). The gap of job supply to demand is going to get far worse than it's been the past several years (and unemployment and wealth disparity obviously follow). Now that Google's DeepMind has proven that machine learning can be optimized for requirements that extend to intuition, and not just option evaluation, many jobs in service industries worldwide will likely be forfeit in the coming decade.

From my point of view we’re not yet even discussing this challenge in the right way. Clifton points out that his Gallup Organization has conducted the first worldwide poll and that the number one thing on everyone’s mind around the world–over religion, politics, tribal differences, etc.–is the possibility of just such a good job. And its opposite, lack of such a job, is the soil in which terrorism, sectarian hatred, regressive tribalism, and other dangerous phenomena grow. No surprise there.

But let’s be clear: at our current pace of economic production and resource extraction from the planet, if the world was to live like we do in the west we’d pull the equivalent of 4-5 Earths a year out of the ground. We will strip mine the earth in a single generation if we try to keep pace with the raw arithmetic of job requirements, even assuming that we could figure out how to economically justify them (we can’t under the existing labor-price allocation system).

Our current system breaks down at the intersection of two bad choices: neoliberal globalization or xenophobic populism

So let’s tie all this together and watch the vice-like squeeze where something will have to give: we choose between a massively disparate world of have and have-nots in an era where angry mobs with technology can give rise to instant revolutions or populist candidates channel voter anger into xenophobia (and coming soon: bioterrorism can wipe out societies with a plane ticket); or we choose to continue the current paradigm of supporting the have-nots through globalization and in so doing strip mine the planet in a generation and create a massive heat furnace through carbon pollution within 3 generations. Nice choices.

Some may think these are these extreme views. I don’t believe they are, and the data already indicates that these are the very systemic breakdowns we’re facing. I think they’re simply inevitable outcomes of the pace of winner-enrichment or loser-disenfranchisement inherent to our existing technoeconomic paradigm. Bernie Sanders's basic philosophy is right for reasons I don't think even he understands: social democracies don't go nearly far enough in anticipating the civilizational reformation that will be required over the coming decades.

I see it at home here in the U.S. all the time now: there are the parents who get it, and the many more who don’t. The get it parents know that by the time their 5 year old today is of college age in 2025 he will be competing with a 17 year old Indian girl living in Hyperabad who has already passed masters-level coursework from MIT/Harvard’s edX online university, for free. She’ll be trained in a deep technology skillset and will have working experience in the software platforms necessary to start being technically productive from day 1. She’ll speak perfect English and she’ll work long hours for $4/hour. Hiring her won’t require a 30% overhead load on wages for the healthcare drag coefficient that a US-based worker will require. And, because of the Hindu culture she comes from (true for the Sino-Confucian culture as well), she’ll be respectful, deferent and enjoyable to work with: no hints of the narcissism characterizing the generational products of a postmodern US that has been ascendant since 1945.

Now the parents who get it: they’ll see all this and have their son in a personalized online learning environment (e.g., Knewton) with personalized skill assessment of mental complexity (e.g., Lectica), all despite knowing that even a great education is just table stakes; Ivy Leagues will be no sure path to success (and entrance is going to get even harder anyway, a lottery ticket starts to look like better odds). Instead they’ll understand that to succeed in this era they will have to develop their kids’ “ways of being” differently: not just to follow rules but also to create systems that redefine rules; not just to excel academically, a commodity, but also to develop deeply in social-emotional capacities for leadership and perspective-taking; not just to understand a pre-given world of facts and narratives but also to craft, tell and inspire new narratives; not just to see the world through a self-centered view of scarcity and success but also to humbly serve the world through a broader view of evolutionary unfolding. These are parents who home school their kids (or “hack” school, as my friend David LaPlante’s son Logan called it at TEDx), who engage them with meditation before Mickey Mouse, who model love as the only master worth serving, and who teach their kids to see into and beyond the epistemological confines of a world largely in over its head. They'll also teach them that their self-worth doesn't derive from their career.

It is in this transformational era, and the adaptations I expect millions of people will make in their own lives in seeking out a healthy, happy way to live in it, that I expect the greatest transformation of all: the shape of our civilization itself will change in dramatic ways in the coming decades. Work will increasingly be redefined to mean life-affirming activity (though still contributive to society), while art and creativity will have to flourish with rising spare time (witness platforms like Etsy that are replying to this fact, already here). And those who "win" will have to give more of their money to support everyone (a moral shift that also is deeply pragmatic). Perhaps we’ll end up with social support that looks like more like Norway (a country that The Economist reports China is looking closely at for lessons; China seems to understand the problem).

The evidence above points to shifts that will be constant, befitting a transformational era where everything can have its "deep structures" reconfigured quickly and across borders and ideologies. Parents who get it are merely at the forefront of what will be required of all adults who want to thrive in a transformational world: being will supplement acquiring as the sole mode of life. And the only reply, in our own lives and ultimately as that of a civilization, is to move into a state of being that allows us to surf the big waves of evolutionary progress as they unfold. It is a life that finds the simplicity on the other side of all this complexity. It is present, loving, empathic and wise. It works hard, it plays hard and it holds its own fearful, grasping ego gently in its open hand. And it understands fully that the faster one sees, acts and practices as a genuine global citizen the more aligned they will be with reality as it actually is right now.